VirZoom announced two new developments to help you play VR and get fit wherever you are, at home or on the move. VirZOOM games are now finally available for mobile VR, starting today with VirZOOM Arcade on Gear VR. And later this year, you’ll get to turn your own bike into a VirZOOM bike with the VZ Sensor, available for the discounted preorder price of $89USD.  So, unfortunately, you still need a sensor.

VirZOOM Arcade is now available for the Samsung Gear VR with controller, and is compatible with Samsung Galaxy S8 and newer phones, not the S6 or S7. They will also soon be announcing compatibility with Google Daydream VR headsets, and availability on the Google Play store.

Turn your bike into a VirZOOM bike

The VZ Sensor, which is small enough to fit in your pocket, and easily wraps around the pedal crank of an exercise bike. It’ll ship to retail in October for $99USD.

With a controller in hand and VZ Sensor on your bike, you can play VirZOOM-ready games on mobile, PlayStation 4, and PC alike. If you frequent a gym that doesn’t happen to have a VR setup on every bike, you can still grab a mobile VR setup and VZ Sensor to play anywhere. And if you absolutely must track your vital statistics but are looking for something more portable than our bike controller with heart rate sensors, VirZOOM Arcade will pick up and display readings from a Samsung Gear smartwatch.

It’s a great step forward to making VR fitness accessible, we’re pretty excited, along with our app AchieVRfit, it looks like exercise is NOT going to be boring. 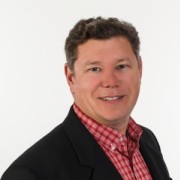 VR Can Lower Blood Pressure (You Read That Right)

This is the first week and getting into a routine for exercising is the biggest obstacle,  once exercising it's great the games are fun, and the time flies by, but getting out of my head and go exercise is still in the way. You have these habits of things you think you should do, and exercise is not part of your day, so it's not something you think ...